Salt cod is very appreciated in , and also . Last week I found a good piece in my local market and I can’t resist and bought a tray with two large pieces. So I kept it until I had an inspiration, that came when I saw my dear friend Carlos’ brandade photo . 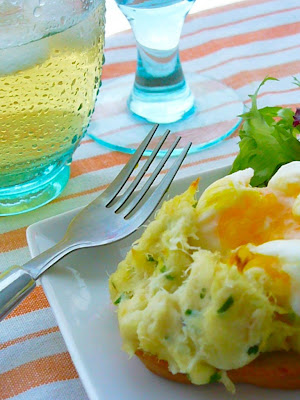 Brandade is a classic French dish; it goes by the formally name of, Brandade de Morue Nîmes (Ragout of Cod Nîmes). I had been sawing the recipe in several blogs, like Elvira´s Bistrot and many others. However I make the recipe from Narda Lepes’ cookbook she adds a poached egg on top and I like the idea. The most of recipes had smashes potatoes to dilute the flavor but I didn’t use.

Brandade was conceived in but is today a traditional dish of the neighboring region, an area west of the with its southern boundary being the .

Lightly flavored with garlic, nutmeg, and white pepper, it can be eaten cold on toast but is generally warmed and served as a main dish with croutons. And it can be accompanied by plain boiled potatoes. Alternately, it can be served au gratin with a light dusting of bread crumbs and passed through the oven.

Cut the cod evenly into squares, put in a large bowl and cover with cold water. Change the water several times during the next 24 hours. When ready, the cod should taste just a bit saltier than a cooked fish that has been seasoned with salt.

For the roasted garlic:

Cut the tips of the garlic head, (unpeeled) wrap up into an aluminum foil with a tread of olive oil. Bake (220°C/428F) for about 10 minutes or until the cloves are soft.

Note: Making this you see that the garlic flavor turns soft. You may, also use this paste as a dip with olive oil and salt, is delicious!!!

Poach the cod very gently in water for 8 minutes with bouquet garni. Drain, and then remove the skin and all bones, and reduce the flesh to small shre ds. Put a half of the oil in a small pan and the cream with the roasted garlic in another. Heat each in medium te mperature and maintain this temperature while doing the following:

Heat the other half oil on a pan. Add the cod then crush and work the mixture with a wooden spoon, while heating gently. Mix carefully until the oil is absorbed and there no lumps fish. When it forms a fine paste, remove the pan from the heat. Without stopping the mixing process, began to alternatively add the oil and then the cream, using no more than a half teaspoonful at a time. Mix well after each addition.

When the mixture is very creamy it can be seasoned with the lemon juice, nutmeg and white pepper. The result should be a smooth white paste with the consistency of potato purée

Stir in parsley, spoon into a serving bow l, a nd serve topping the toasts. Garnish with green salad, the poached egg and drizzle with truffle oil if you have it.

Refrigerated, it will keep up to a week.

I wonder if I'll ever get to taste brandade. I love the sunny, bright pictures! A good morning indeed!

I've never tasted this before. It looks and sounds delicious!

This does sound good Sylvia. We learn something new everytime when we blog:D

I've heard of brandade but never have tried it...you make a convincing argument to make this.

Salt cod is much appreciated in Greece as well and they used to call it the fish of the poor but now it costs more than fresh fish. I love it.

Wow! That looks awesome Sylvia! I love the egg on top. Everything looks so creamy and perfect!

Is so good Manggy, you´ll must

Paz.You¨ll must taste is delicious as appetizer or main dish

Valli, you are absolutely right

Peter I am glad to convince you

yes, Jenn, I choose the recipe because the egg

Looks lovely! But I've never had or heard of brandade.
PS: Thank you for leaving a comment on my blog - which has led me to yours!
A great blog you have here.

Your pictures are stunning! I would love to try this but I'm pretty sure salt cod doesn't exist in Malaysia. Odd because we have salt everything else!

Sylvia—We have friends from Bosnia who have also made wonderful dishes with salt cod. Your brandade sounds terrific—beautiful photos too!

it must be very delicious ,the way you cook mmmmm,and your photos are so so beautiful ,i wonder how long it takes to make such a beautiful photos ,not that long i guess for sylvia !!!!!,bravo !

I love to see more fantastic recipes (like you!) of salt cod since it is readily available in here! Love to try one day for sure!

I love salt fish but its hard to get where I live. I've never had brandade but your photos are totally droolworthy!!!

Oh Sylvia - I have always shied away from making this due to the time and number of steps, but it is one that calls to me. I love the poached egg on top and drizzle with truffle oil, well hello!

Sylvia, you know we get a lot of cod salt fish here. I am defintely going to try this recipe. I love the idea of it. Thanks very much.

Hola Sylvia! Hey I love Brandada de Bacallà (this is how we call it here in Catalonia). It's great to stuff Pimientos del piquillo or have it just as you showed in your post! It's a delish!
A very typical dish here too!!!

You have no idea how happy this post made me! Being from Provence, this is a dish I grew up on, mom used to make it once a week and it's been forever since I last made it for us. If I close my eyes I think I can even hear the cicadas right about now!
Gorgeous Sylvia!

Just left Cynthia's blog and thought I'd visit you to see what you made. I'm glad I did! I've always loved your photos :)

My favorite recipes, some snapshots of my life in BAs to share with some of my friends scattered around the world.

Get the best recipes, and our best pics, delivered to your inbox weekly. So.. you don't miss a post

E mail me at sylviacapria at gmail dot com

© 2007-2017Capria BAs cooking All rights reserved If you are interested in using my photographs please contact me.

Your time is limited, so don't waste it living someone else's life. Don't be trapped by dogma - which is living with the results of other's people thinking. Don't let the noise of other's opinions drown out your own inner voice Steve Jobs 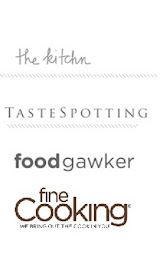 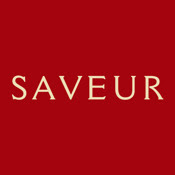 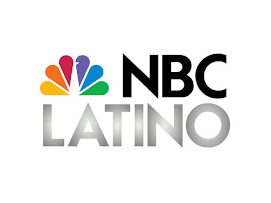